A minor update was released last week for You Have Words Italian.

This update is only available for iOS 7 which is now the minimum supported version. If you have an older device you should still be able to download an older unsupported version. This was mostly a bug fix release with some minor improvements as described below.

The dictionary has been updated and now has 1970 words. The new Atlas topic includes words for the most common European countries. There are also numerous corrections and additions based on user feedback including what I hope is now a more consistent use of the definite article. If you have think you have spotted an error in the dictionary please send details to feedback@youhavewords.com.

There has been a number of improvements and bug fixes included in this release:

The white background of the new iOS 7 user interface was too bright for some users so I have added an option to use a dark background. You can enable the option from the Settings within the App:

Bigger Buttons for the iPhone

The score buttons on the iPhone have always been a bit small for anybody with big fingers. The iOS 7 redesign included new larger buttons but were still constrained by the screen height when the device was in landscape orientation.

Using the App in landscape on the iPhone was never a great experience so in this release is no longer supported. This has allowed the buttons to be larger and much easier to tap. The new button size are shown below with the dark background setting enabled: 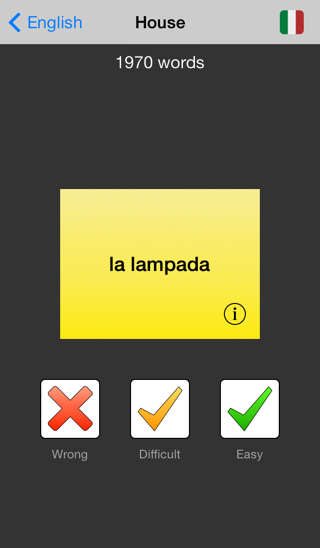 Word Details Now Displayed on the iPad in a Popover 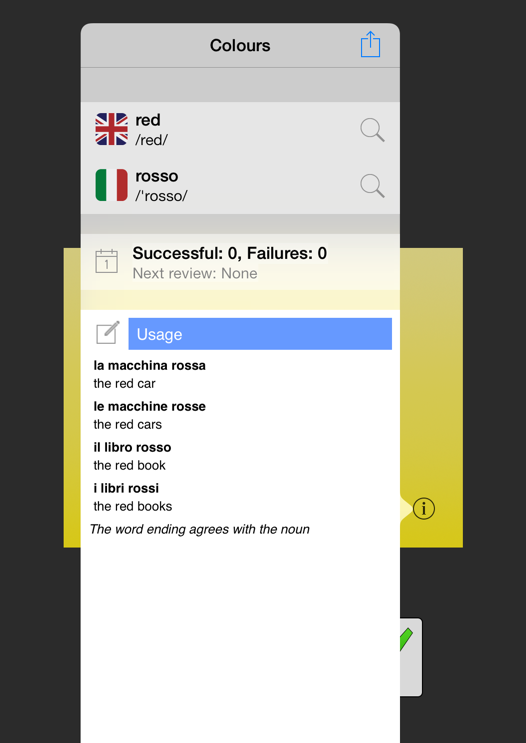 This update requires a minimum version of iOS 7 for the iPhone, iPod touch and iPad.

As always you can send feedback directly from within the app using the “Send Feedback” option in the Help section of the Settings screen. Alternatively send your comments, suggestions and corrections to feedback@youhavewords.com.